How is Sepsis Defined? 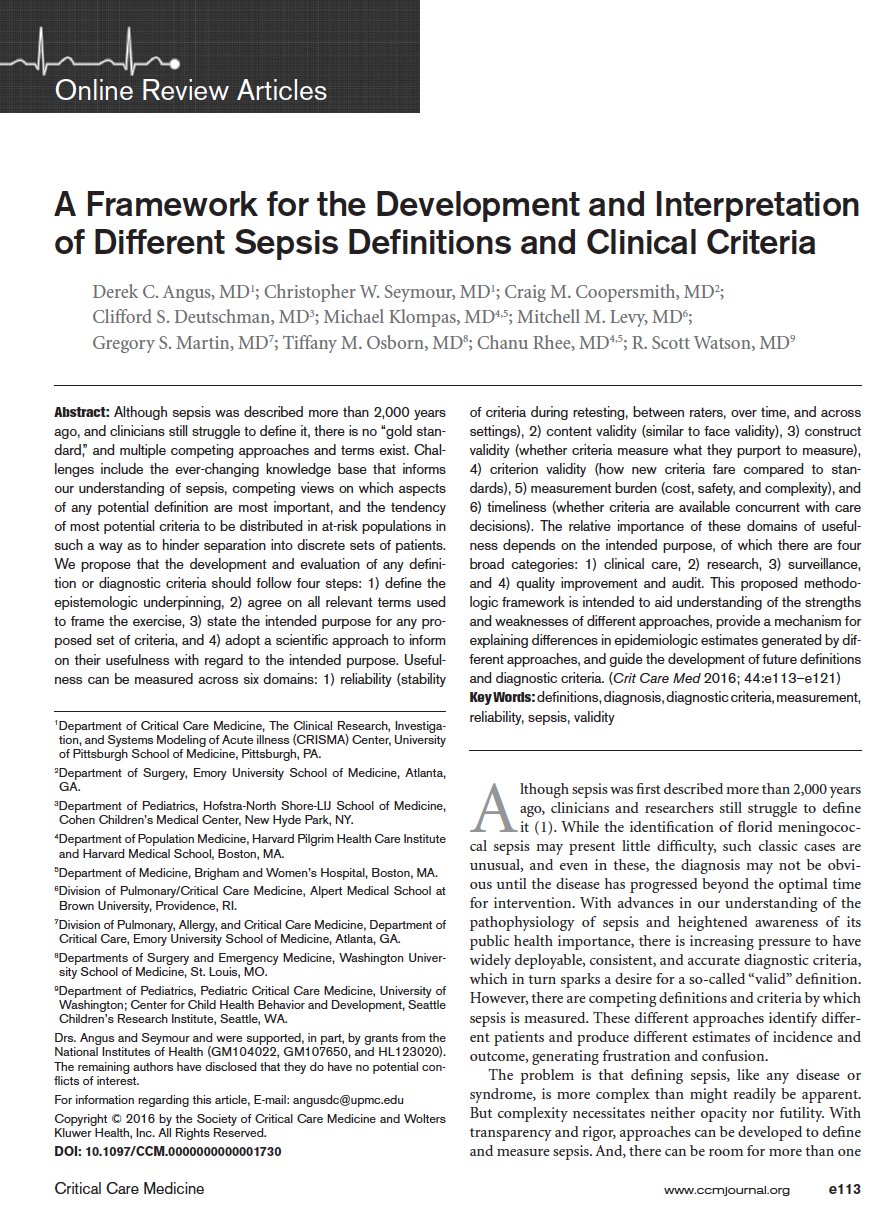 Although sepsis was described over 2,000 years ago, clinicians still struggle to define it, and there is no 'gold standard.' As awareness of sepsis increases, there is pressure for a widely deployable, consistent, and accurate diagnostic criteria. And yet, this is a complex task, with competing priorities, resulting in varying approaches and distinct criteria for different uses.

A conceptual framework for how one might approach defining sepsis is described by Angus and colleagues. The proposed framework intends to aid in the understanding of the multiple current sepsis definitions and guide the development of useful criteria that may serve different purposes. Check out our video that explains this in more detail.

Over the past two decades, sepsis has been defined for clinical care several times.

Most recently, the 2016 Third International Consensus Definitions for Sepsis and Septic Shock defined sepsis as:


A life-threatening organ dysfunction due to a dysregulated host response to infection. 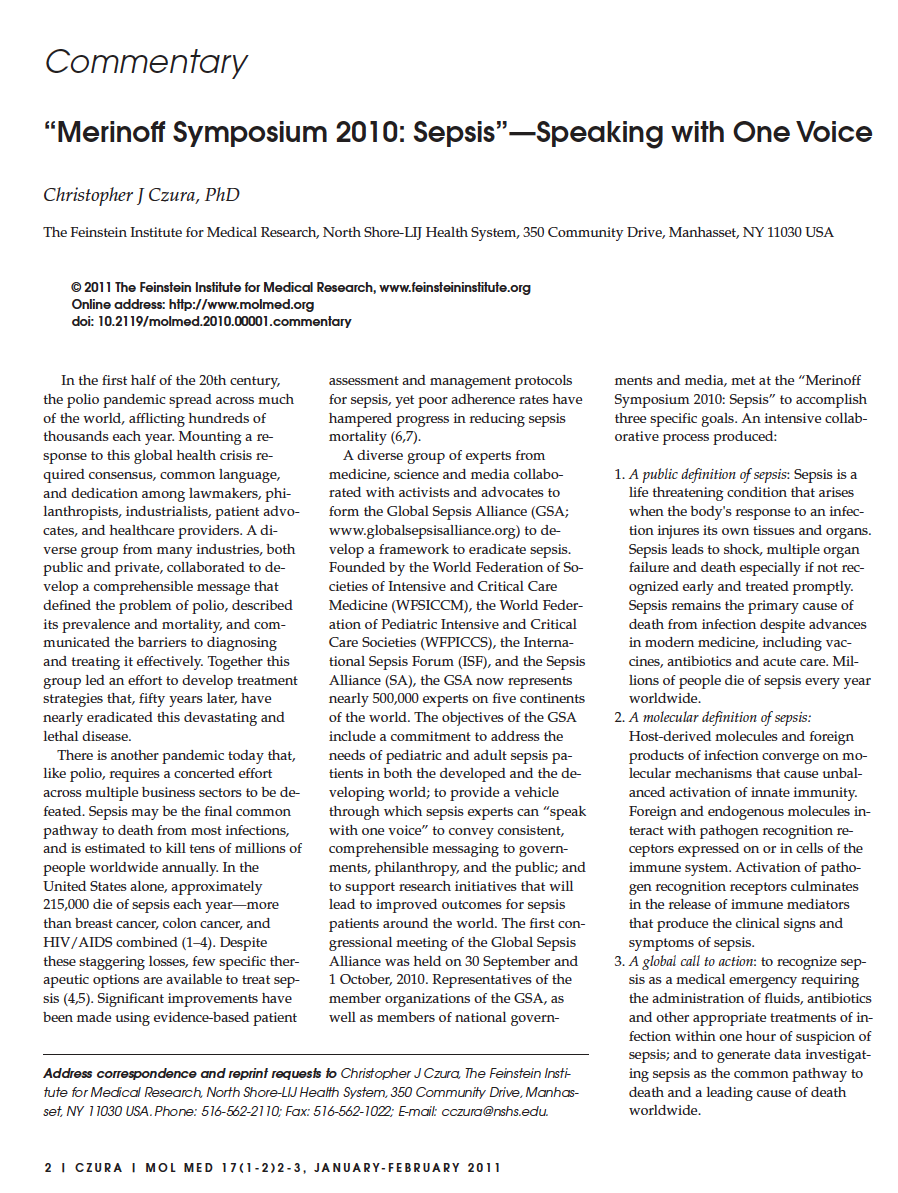 This is similiar to the lay definition of sepsis derived at the Merinoff Symposium in 2010:


Sepsis is a life threatening condition that arises when the body's response to an infection injures its own tissues and organs.

These lay definitions and consensus criteria are intended to assist in the clinical care of patients. They are different, however, from those proposed for the surveillance of sepsis, or those used to identify cases for auditing and quality improvement purposes. Examples of these are found in the Centers for Disease Control and Prevention EpiCenters surveillance criteria or the Centers for Medicaid and Medicare Services SEP1 bundle. 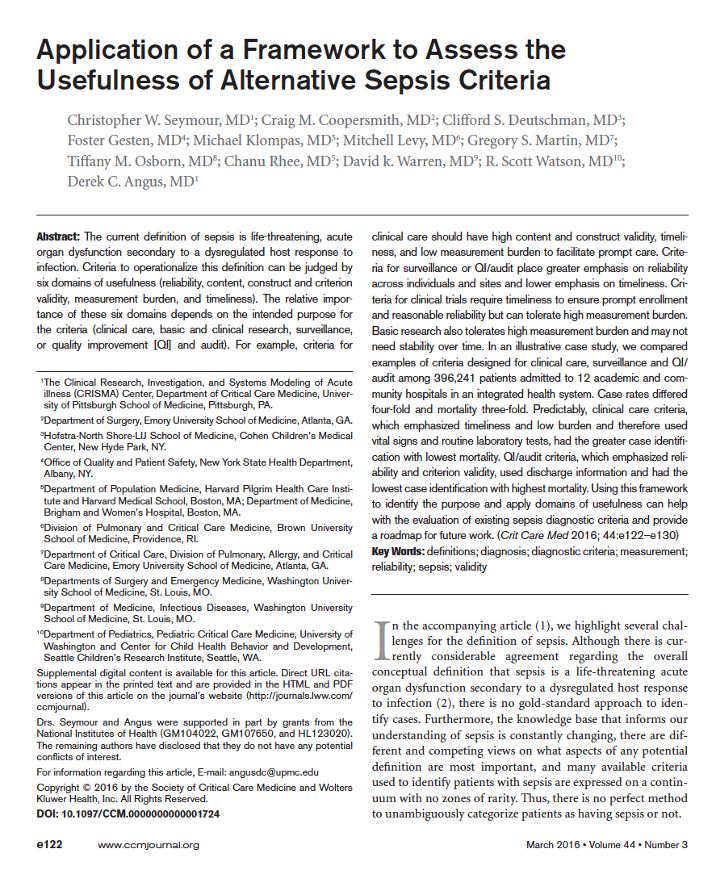 The proposed domains are shown in the Figure, and a heatmap of priorities by purpose in the accompanying article. 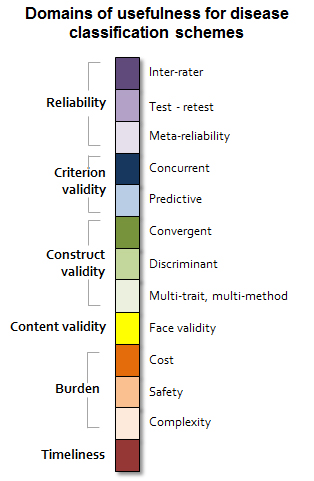 As an example, Seymour submits that clinical criteria will highly value validity and timeliness, while surveillance criteria may place high value on reliability. In contrast, criteria for randomized clinical trials may relax the priority on simplicity, instead focusing on reliability across time and enrollment sites.

In the end, a case study in a 12-hospital integrated health system reveals that sepsis case identification may vary four fold while in-hospital mortality may vary three-fold when comparing criteria for clinical, surveillance, and QI/audit.

Such differences are not unexpected when considered in the Angus framework, and reinforce the notion that one single definition or criteria is not "right." Please follow the links for the recent Critical Care Medicine articles for more details.